The origins of the Drakorean Empire have long been forgotten in the mists of time. For centuries the rule of the Emperors seemed to be a natural law. Military genius and the mastery of magic allowed the Imperial Legions to conquer the entire known world.

The key to their success was the Nethersea Gates, scattered across the seas of the world. Through these huge portals, the Empire’s galleys entered a parallel universe:  a gigantic ocean called the Nethersea. A voyage that would normally take weeks could be bridged in a matter of hours by connecting two sea gates.

This allowed the Drakorean forces to send legions and reinforcements wherever they needed to in a very short time. 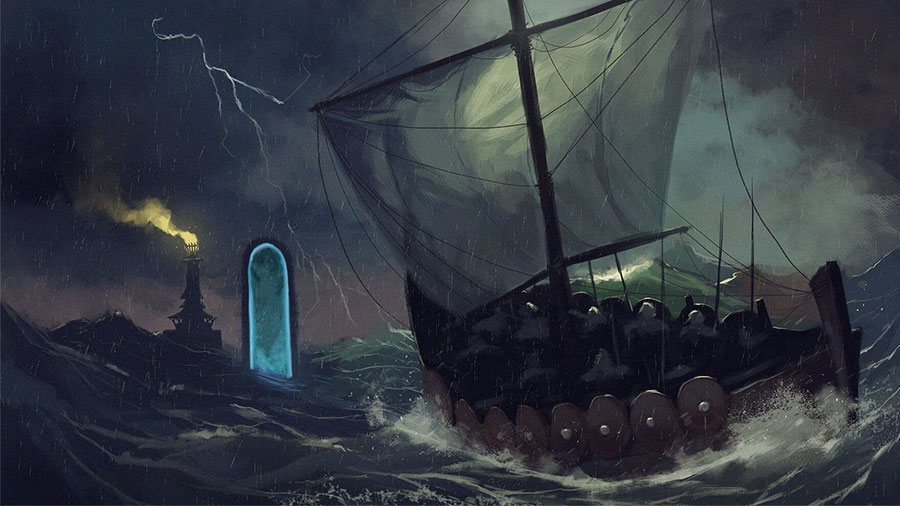 THE SOURCES OF POWER

But where did the empire get the knowledge and power to master magic and the Nethersea Gates? According to the scholars, Drakorea built its empire on the ruins of a civilization long since extinct – called the “Ancients,” or Drakh.

Decayed remains bear witness to their rule on all continents  –  the Nethersea Gates themselves are said to have been built by them. Nobody knows what brought the Ancients to ruin, but its descendants joined the empire as allies in its founding days. They taught the Drakoreans to master magic, and the last of their kind still serve as advisors to the Empire today. Nobody knows what the Drakh received in return. 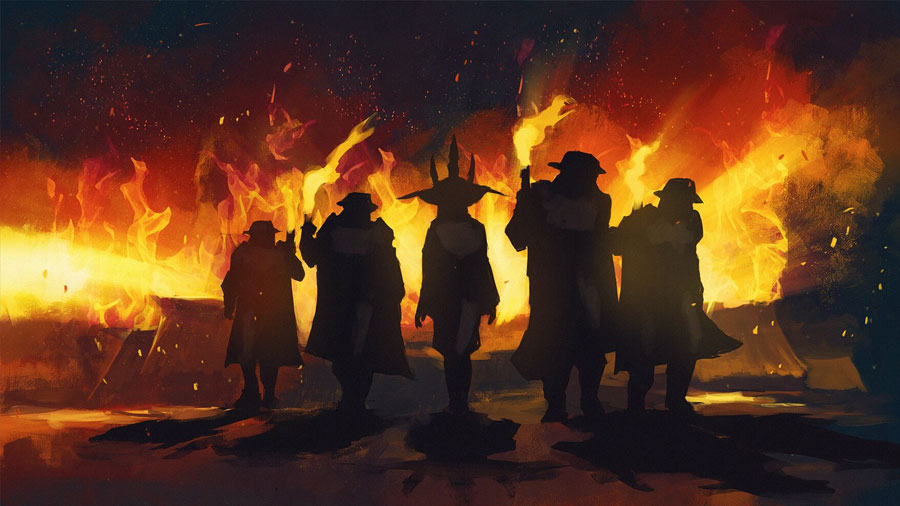 The mastery of magic not only enabled the rise of Drakoreas, it also sealed its downfall: when the prince was killed four hundred years ago by a  court  plot, the Emperor, in his pain and delusion, used the power given him to force his firstborn and heir to the throne back into life.

And so the child returned as undead among the living. And when his time came to ascend the throne, the reign of terror of “Aezher the Immortal” began. It was not marked by wisdom, but by madness. After two hundred years Aehzer declared himself a god, the “Last Emperor.” And his Inquisition had all the temples and shrines of the other gods razed. 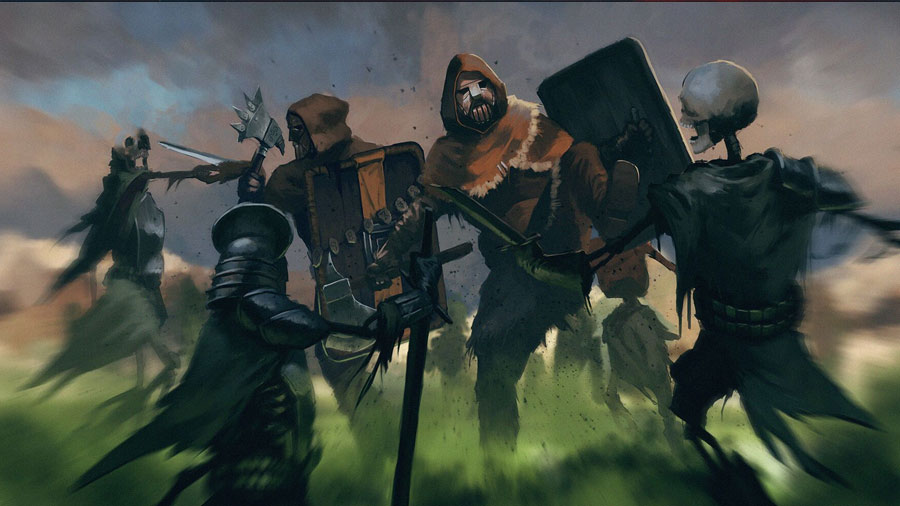 Deprived of their worshipers and thus their strength, one God after another fell into a deep sleep and was forgotten by the living. When the gods disappeared from the world, no one was left to maintain the cosmic balance between chaos and order. And so the boundary between this world and its dark twin blurred and in the heart of the Empire a rift opened to the realm of Chaos through which the attack on the mortals began.

Surviving scholars later conjectured what happened as follows: In order to close the rift through which the armies of Chaos were sweeping, Aehzer performed a ritual of dark magic that used the life force, or the very souls, of hundreds of thousands of living beings to close the rift.

The ritual, later known as the “Curse,” triggered a shock wave that spread from the heart of the Empire, rolling across the world. It devoured all the life – forests withered, continents depopulated, and the freezing cold that accompanied it caused the oceans to freeze.

Only at the very edge of the known world, when the ritual had burned enough power to close the rift, did this wave die off, leaving behind a lifeless wasteland. The Drakorean Empire and the “Last Emperor” were no more. 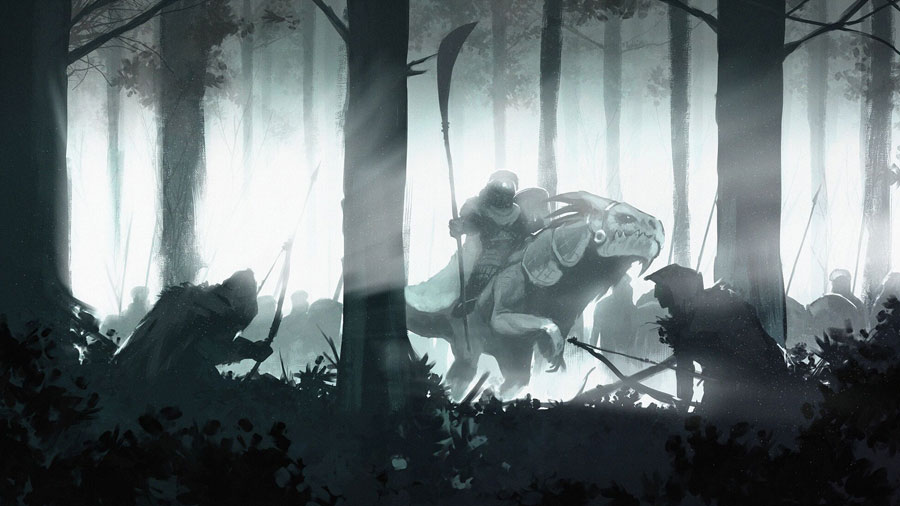 One of the few places far enough away from the center of the Empire to be spared by the Curse was the islands of Azuhl. Once notorious as a gathering place for pirates and all sorts of scum who found no place in the Empire, Drakorea had occupied the islands to put an end to this plague.

But as rumors of the Emperor’s death and the end of the world led to the belief that the Nethersea Gates would not provide support to their occupiers, the subjugated peoples of Azuhl seized the opportunity for rebellion. The uprising began!

But beyond the frozen sea  lurks a threat that imperils  the survival of rebels and occupiers alike. For some of the Hordes of Chaos that had entered the mortal world through the now closed rift survived the cataclysm.

The depopulated heartlands offer them no place to survive, no souls to consume. Thus they follow the shock wave until months and years later they finally – driven by insatiable hunger – reach the edge of the known world and the remains of civilization.

The first to recognize this threat are the Druids of Azuhl, a community of mystics retreated into the deepest forests and mountains, who had preserved faith in the ancient gods, even though many of them had been persecuted and killed by the Imperial Inquisition in past centuries.

And as Chaos begins to stretch its fingers further and further towards Azuhl, the Druids seek out the leaders of the rebels with a desperate request: it will not only be necessary for the peoples to unite in their struggle against Chaos and Empire. No – in order to avert the complete destruction of the world, the survivors must awaken the ancient gods!